The Object of My Desire: The Twin Towers


Yet another September 11 has passed, and it's hard to believe that its been 12 years since the horrifying destruction of the iconic Twin Towers. As most New Yorkers I know who were here when the attacks occurred, I remember the day well as if it were yesterday.

Even though the World Trade Center is no more and a new Freedom Tower is rising into the sky to take its place, relics from the short life of those gleaming wonders still exist, even as far away as Kansas City, Missouri, where I discovered this pamphlet from the 1980s at a vintage shop called Westside Storey.

While I did not purchase this pristine piece of ephemera, I did marvel over its descriptions that were written when the New York city attraction was not  even 20 years old.

Back in the late 1980s and early '90s when I worked in the vicinity of the World Trade Center, I was inside the the massive complex almost every day, either taking a subway in its transportation hub, grabbing lunch in its food court or shopping in its underground mall. I never had the opportunity to dine in its glamorous Windows on the World restaurant on the 106th and 107th floor in the North Tower  or visit its Observation Deck on the 107th floor of the South Tower.

It appears that the person who owned this brochure made it to the outdoor viewing area, since the admission ticket remains stapled to the booklet's interior.

I am not a fan of extreme heights, but I can imagine the spectacular perspective visitors that visitors must have experienced, a sky-high view that took them all the way to New Jersey, Staten Island and across all of Uptown Manhattan, Brooklyn and Queens.

Those views are gone and the New York City skyline has been altered forever.  To this day, every time I catch myself looking in the direction of the Twin Towers, I still find it hard to believe they they have disappeared.

We will never forget.


I walk by the Chanel boutique in SoHo  at least three times a week, but it wasn't until the other day that I stopped to look in the windows more carefully, only to realize that these glamorous, scalloped pillars are made with carefully warped vinyl LPs.


Created by German artist Gregor Hildebrandt, the works appear both in the retail space and in the windows of the shop that the illustrious architect Peter Marino offered  a re-do in 2010. Fanciful yet chic, the repurposed records maintain their grooves that not long ago would have transformed a turntable into a music-making machine. 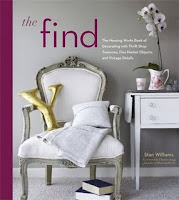